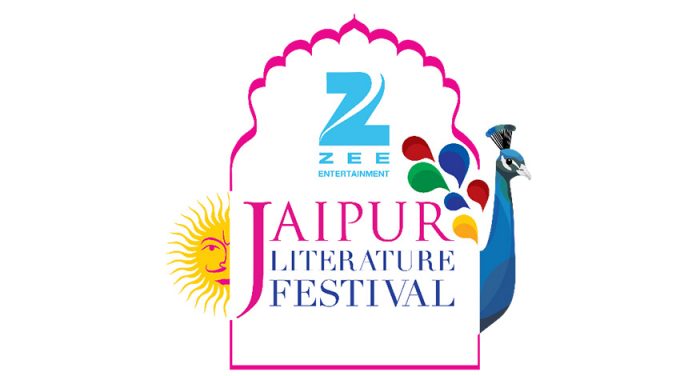 Jaipur Literature Festival 2017 –  With 2017 something big has come and YES, it’s the Zee Jaipur Literature Festival held at Diggi Palace in Jaipur between 19 Jan- 23 Jan 2017.  Where world’s  some of the best names in literature, Cinema, and Pop culture
As the largest FREE literary festival on earth, JLF brings together some of the greatest writers from across the world. Every January is a treat for literature lovers as they get to listen and interact with the note-worthy personalities from the literature circuit. Nobel laureates to journalists, Man Booker prize winners to debutants, photographers to painters; JLF is the hub of arts and culture.
JLF attracted the largest festival audience in the Asian Pacific region with approximately 60,000 visitors from 24 countries. It featured 224 speakers in 140 sessions, and 100 musicians in 20 concerts, many big speakers, nd personalities like Paul Beatty, Gulzar, Sadhgur, Rishi Kapoor, Aishwarya Rajinikanth Dhanush, Shashi Tharoor, Vikram Chandra added more stars to the event.

JLF was started kicked off with an outstanding performance by the Shillong Chamber Choir that was soon followed by Rajasthan Chief Minister Vasundhara Raje’s inaugural address.
The keynote address of the opening day was delivered by  Gulzar and American poet Anne Waldman. 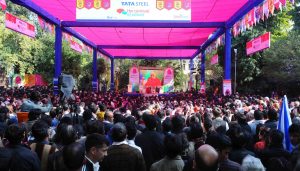 The 2 day of the Jaipur Literature Festival 2017 was the power-packed affair with poetry, art, history, politics and economics on the agenda, Bahubali team Anand Neelakantan, Rana Daggubati, SS Rajamouli, Prasad Devineni talks about the new prequel to the blockbuster movie, and why Katappa killed Baahubali. 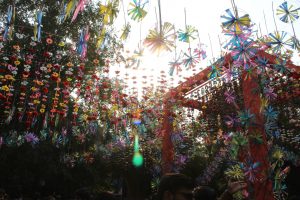 Day 3 morning begun with Padmini Rao’s beautiful performance. Soon after the Front Lawn saw the discussion on the topic The Page is Mightier than the Screen. With technology redefining entertainment experiences at break-neck speeds, and a glut of content competing for attention, the novel finds itself in a precarious position.
Day 4 was exciting because of Author, director, actor, screenwriter Bruce Robinson and writer, columnist AN Wilson sat down at Zee Jaipur Literature Festival 2017 (JLF), Day 4 in a session titled ‘Jack the Ripper: An Establishment Cover Up‘. 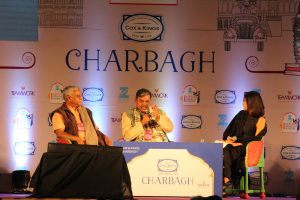 Robinson’s book They All Love Jack puts together 15 years of research that lead him to name the real Jack The Ripper, the most infamous serial killer of 19th Century England. 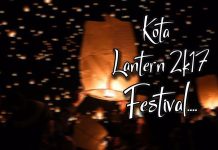 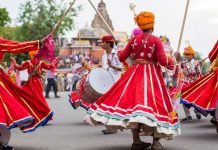