MOHAMMAD (SAW) – SAVIOUR OF HUMANITY ,The Savior of Mankind

In the 7th century AD, when dental hygiene was in its infancy, this man, while returning home, would ensure brushing his teeth with meswak, lest bad breath irk his family, particularly the wife and children.Despite having thousands of followers at his beck and call, he helped in household work. And, in an era when women were cursed, he found heaven in the many avatars of mother, daughter and wife. This was Muhammad, the prophet of Islam, blessed with qualities an ideal family man should possess, to consolidate family, as the building block of a healthy society.

Now 1,400 years on, however, Islam is a misunderstood religion as Muslims and terrorists are often considered synonymous, making victims of hate keep the popular plea ready for defence: My name is Khan and I am not a terrorist. Leave apart the globally-dreaded faces of terror like Abu Bakr al-Baghdadi, who recently claimed to be global caliph, the image of a typical head of a Muslim family is often no less scary. These ugly faces of humanity are often attributed to Islam and its prophet.Some accusations are downright chilling, blasphemous. A basic cause of unwanted Islamophobia is that the negatives of someone bearing a Muslim name get generalised for the entire community, without ascertaining the Prophet’s preaching.

Muhammad said paradise lay beneath the mother’s feet. Islamic lifestyle is essentially driven by three entities, the first being Quran, which Muslims believe is the word of Allah. The other two are recorded prophetic sayings, the Hadith, and Muhammad’s iconic lifestyle: Sunnah. The combination of these reflect Muhammad as the perfect man in all spheres of life, including family, which is central to Islamic society.The ladies first: Muhammad lost his mother, Aaminah, at the age of five. His first encounter with a woman was his own wife,Khadijah. At the time of marriage, he was 25 and she a 40-year-old widow.

During her life, they lived in a society that welcomed multiple marriages for men. For 25 years, though, he did not opt for another marriage, a lesson for some of his followers who immediately after the first marriage start preparations for another. After her death, however, Muhammad married nine women. Islamic beliefs give four main reasons for these multiple marriages: first, helping widows of his companions. Second, to create family ties between him and his illustrious companions (Muhammad married the daughters of Abu Bakr and Umar, whereas Uthman and Imam Ali married his daughters. He, therefore, had family bonds with all four of the first caliphs).

MOHAMMAD (SAW) – SAVIOUR OF HUMANITY -The third reason was to spread the message by uniting different clans or tribes through marriage.Another major reason was to increase credibility for his family values because confirmation from multiple sources is more credible.From teaching how to eat, sleep or respond to nature’s call, Muhammad shared with his followers the minutest details even pertaining to life in the bedroom, only to keep them guided.

As husband, his love for wife Aisha was romantic, more than many love stories that have been famous throughout history. As per recorded traditions, he once said to Aisha: “I know well when you are pleased or angry with me.” Aisha replied: “How do you know that?” He said, “When you are pleased with me you swear by saying ‘by the God of Muhammad’ but when you are angry you swear by saying ‘by the God of Ibrahim’.She said: “You are right, I don’t mention your name.” Hadith also reports that Muhammad used to search for the part that touched her lips from the utensil she used in drinking. Then, he would touch the same part with his lip. Though most such stories are fables, Muhammad’s love was real and human, not angelic. 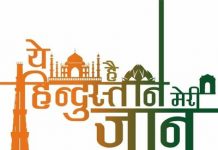