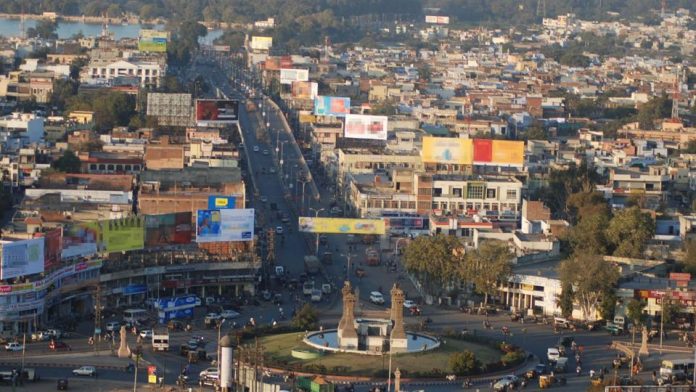 Lying in the southeast of the north Indian state Rajasthan is the city Kota. Having ranked second in the most livable cities of the state, Kota has made a tremendous amount of development in a not- very long duration.

Kota has earned itself fame as an education hub. And who can forget the spice of the world famous Kota kachori!! Yummm. Disappointly, Kota has also hit itself as the city of suicides due to the numerous students who have decided to hang themselves merely for the burden of studies.

It is a popular saying among the Indians that all a person needs to lead a fulfilled life is- a house, food, and clothes. Amazingly Kota is a blend of all these ammenities- Kota stone, Kota Kachori and Kota Doria sarees which have apparently earned Kota a name of a global platform.

Education is a topic which can be talked endlessly upon. The land of some of the most famous educational institutes in India or even further. Allen, Resonance, Career Point and the endless list. Kota might be the only place where malls have hoarding of coaching institutes rather than shopping brands. Astonishing, isn’t it?

Kota is not only restricted to education. Gladly, it also attracts tourism. The seven wonders park where you witness all the 7 wonders in hardly 500 meters and can post pictures on Facebook saying you visited them (hehe). The Jag Mandir, Chambal River, Chambal Hanging Bridge, Kishor Sagar Talab, Kota Palace and fort have marked a memorable spot in the history of Kota.

This beauty has apparently attracted the film industry. The recent blockbuster “Badrinath Ki Dulhaniya” was shot in Kota and has been praised by many.

Kota is a true example of unity in diversity where people from all religion, caste, gender live together. Not only from different states but also from different nations. Bihar, Madhya Pradesh, Uttar Pradesh are some of the states which are attracted towards Kota the most.

It is the true justification why you find Pgs and Hostels in Kota with every step you take.

About Author: This article has been written by Harshit Sharma(14 Years Old), He is Student of Saint Pauls School, Kota, and Allen. You can find him on Instagram – Harshit.sharma07

Want to write for us as a guest author send message at WhatsApp – https://goo.gl/wQ338J