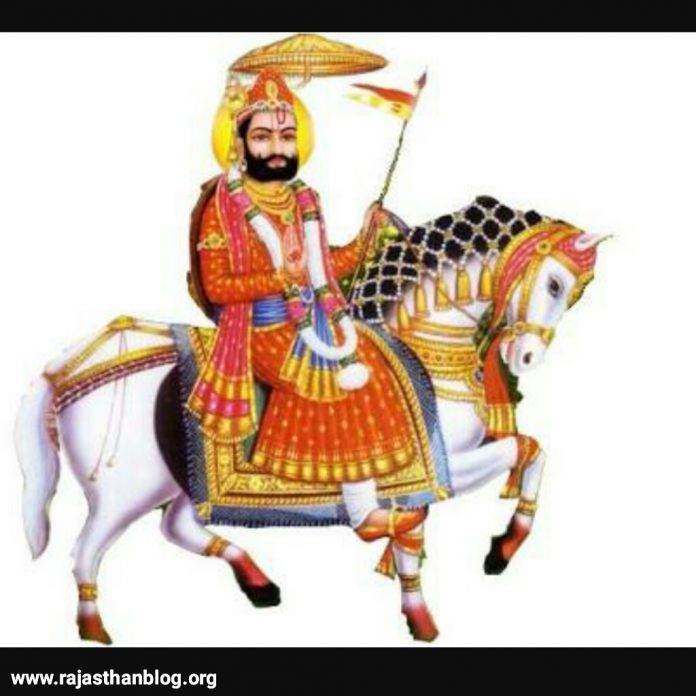 ‘Ram Devra Temple’, situated in ‘Pokhran’ village of ‘Jaisalmer’ district in Rajasthan, India. The village is named after ‘Baba Ramdevji’, a ‘Tanwar Rajput’ and a saint who took ‘Samadhi’ at the age of 33 years.

Where Ramdevji is considered to be an incarnation of ‘Vishnu’ according to Hindu’s on the other side Muslims venerate him as ‘Ramshah Pir’. Ramdevji Maharaj took samadhi(conscious exit from the mortal body) in the 14th century. ‘Maharaja Ganga Singh’ of Bikaner constructed a temple around the samadhi in the 19th century.

A Hindu folk deity of Rajasthan and the ruler of the fourteenth century is said to have miraculous powers who devoted his life for the upliftment of downtrodden and poor people of the society by granting them their wishes. Ramdev believed in the equality of all human beings, be high or low, rich or poor. He was said to have had miraculous powers and his fame reached far and wide. There is a tank, near the village known as ‘Ramsagar Talab’, which is believed to have been constructed by Baba Ramdev himself. The complex of the temple also houses a step-well, the water of which devotees believe has healing powers.

There is a tank, near the village known as ‘Ramsagar Talab’, which is believed to have been constructed by Baba Ramdev himself. The complex of the temple also houses a step-well, the water of which devotees believe has healing powers.

A large fair known as ‘Ram Devera Fair’ is held here in the month of August/September. It is attended by a lakhs of devotees whether Hindu or Muslim from far and wide to pay their homage. These devotees throng the shrine to dedicate to the saint. These groups organize night long singing of bhajans and kirtans to praise the Baba. 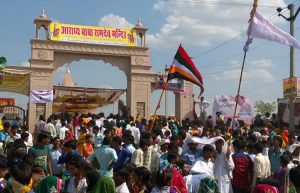 His worship crosses the Hindu-Muslim divide as well as the distinctions of caste and religion. His followers are spread across cutting the caste-barriers in Rajasthan, Haryana, Punjab, Gujarat and Madhya Pradesh, Mumbai, Delhi and also in Sindh(Pakistan). He is often depicted on horseback so wooden toy horses covered with cloth are among the most popular offerings at the temples dedicated to him.

In Rajasthan, Ramdev is the chief deity of the ‘Meghwal Community’. Legends say, that five Pirs from Mecca came to test Ramdev’s powers. Ramdev after initially welcoming requested them to have lunch with him. But Pirs said that they eat only in their personal utensils, which are lying in Mecca so they won’t have their meals.

On this, Ramdev smiled and said look your utensils are coming and they saw that their eating bowls were coming flying in the air all the way from Mecca. 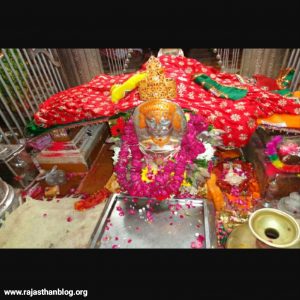 After being convinced of his abilities and powers, they paid their homage to him and named him Rama Shah Peer. The five Pirs, who came to test him, was so overwhelmed by his powers that they decided to stay there with him and Samadhi of these five are also now near the Samadhi of Ramdev Baba.

In 1960’s a Rajasthani language film, Baba Ramdev based on the life of Ramdev was made which was commercially a great success. Later on, a Gujarati-language film was made by Jay Ramdev Pir based on the life of Ramdev Pir. So, it should be made a must to visit this auspicious place to seek the blessings of Ram Devra on your next visit to Jaisalmer.

Bahubali Hills Udaipur – What to Know Before You Go!